SEA KAYAKING
Take one of our tours and discover the unknown Rhodes
You get sun, sea, endless beaches with crystal clear waters, many of which are remote or inaccessible by car or on foot.
There’s no more eco-friendly, quiet craft than the sea kayak, and it’s this form of transport that allows us to explore the island’s maritime charms.
Rocky formations, small sea caves, natural arches carved from immense rocks, sandy beaches only accessible from the sea, a seabed rich in amazing hues
Shades and medieval castles impenetrable from the sea, are just some of things you’ll encounter kayaking around the island using the fast,
easily navigable “Horizon” and “Essence” sea kayaks from “Perception” that make up our fleet.
No super athletic physique is necessary.
There’s more to Rhodes than meets the eye!
In the footsteps of pirates

The route starts from the edge of a sandy beach located midway down the eastern side of Rhodes. Heading south in the direction of Lindos, we row between two small rocky islets and enter a small bay formed by a sea cave. Rowing round the rocky coastline in front of the town of Archangelos, we then come across two isolated beaches with red sands, which are otherwise hard to access by land. They’re an ideal sport for a refreshing dip in the sea and a traditional Greek salad. After that we’ll have a chance to see amazing rock formations, small sea inlets and the stunning natural curve of Agia Agathi Beach. Before the gloriously sandy Agia Agathi Beach we’ll stop off to snorkel in a small bay with a stunning seabed and small cave that we can swim through. This brings us close to the medieval Haraki Castle located on the cape before Lindos as you head south. Rowing round this small cape we come to Haraki Beach, with its white pebbles and crystal clear waters. We then finish up in the tiny fishing port at the start of Kalathos Bay. There we can see the glistening shimmer of Lindos and its ancient acropolis in the distance. 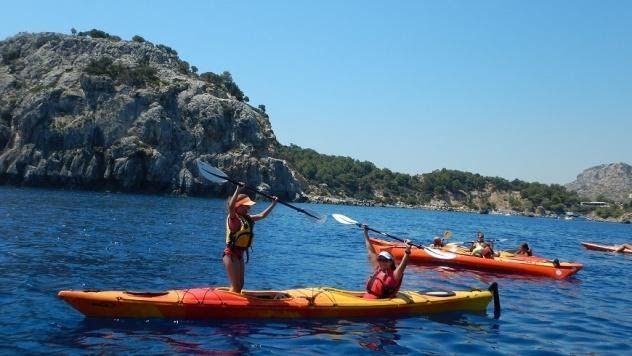 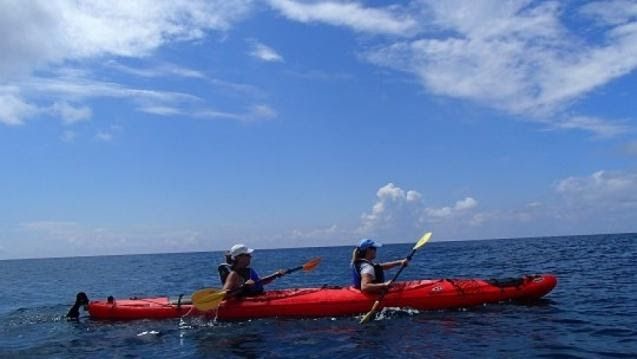 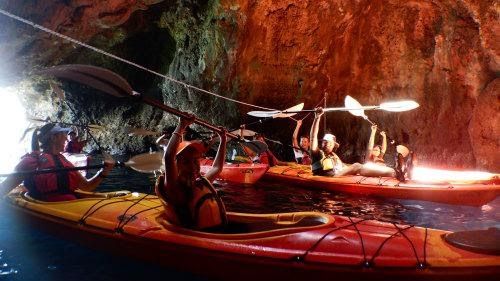